Hi my name is Joe Murphy, and this is my story. 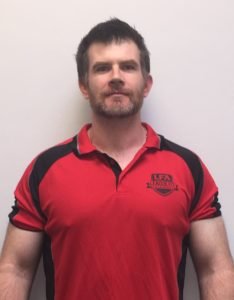 My Rugby League career ended after I sustained a workplace back injury – I was 21 and had been selected to debut in the Newtown Jets Premier League side. That was both life defining and devastating, because 5 years previously – no one would’ve predicted I would have that opportunity; not to mention that it would be cut short and my dream taken from me. But let me take you back to the time before that…

I grew up loving sport, but not actually being much good at it.

My real passion was Rugby League. Unfortunately I didn’t have enough talent. I was the kid who played 15 minutes on the wing once the game was beyond doubt. There’s an old joke in rugby league circles ‘what do you call someone who hangs around with footy players? A winger!’

And that was me.

I just wasn’t sporty, or athletic, or fast, or big or strong. I was tall but extremely thin, weak and slow. My dreams of being anything more than just a spectator were just that, dreams. Until I saw Rocky that is. It was Rocky 2 to be precise. During the school holidays my mum (yes mum, it’s all your fault!) took me to the video store (back when there were video stores) and I hired Rocky 2.

I was hooked. Here was someone who had what you call ‘heart’ and trained his guts out and achieved something beyond his wildest dreams. The next day I went back to the video store and hired the rest of the Rocky films and started my own journey. I began to copy everything I saw him do, and so began writing out my first programs at the age of 15.

I started to beg and borrow books, magazines and anything I could find to get information on how to train. Keep in mind this was before the age of the internet. Weights, running, boxing, interval training and push-ups. Lots and lots of push-ups. Then came the eating, twice what everyone my age was eating. And wouldn’t you know it. I went from playing 15 minutes a game on the wing, to playing the full game in the middle as a rangy back rower.

My first trial game after my summer training was memorable. I made 2 or 3 strong runs, including one where I beat 4 or 5 players and scored a try. The feeling was unbelievable. Wow. So this is what it feels like. I had never experienced anything like it in my life!

Within that year I earned the most improved award in the Rugby League team, awarded “Best and Fairest” in the touch football team, made the athletic team and was captain of the cross country team. This was when I learned what work can do. If you work, and work hard, you can transform your body, your mind and achieve things that you thought were impossible.

I realised that you didn’t have to be the most talented person out there. You had to be the one who trained the hardest, wanted it the most and that it counted if you were the last man standing running the sand hills.

That became me. I transformed myself. I went from non player to impact player.

I’ve now been a personal trainer and strength coach now for over 14 years. It seemed the only logical choice for me – to give the gift of what exercise can do, to as many people as possible.

This is also what led to the founding of the League Fit Academy.

When I was younger, the improvement and success I had as a player was due to hard work and lots of it. But the work I did probably wasn’t the smartest. I didn’t know the right way to go about doing things. The information just wasn’t around back then and I didn’t know anyone who knew the right way to train. I wish I knew then what I know now. My passion is to find young guys who have that same drive that I had but actually put the right strategies and training methodologies behind that desire. Hard work done the right way will take you a long away. And that’s what we are about.

In my spare time (what’s that?!) I can be found playing with my kids (I have 3), going to the cinemas, watching the Dragons play and spending time with my wife Joan. Oh and training, I love training! 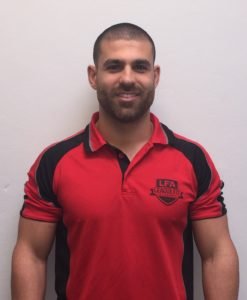 the age of 5 I started playing my all time favourite sport, Rugby League.

My passion for the sport is beyond words and was truly blessed to be able to play for some talented and successful teams.

I went on to represent the Canterbury-Bankstown Bulldogs in the Harold Matthews Competition, Cronulla in SG Ball and Burwood United in Bundy Cup. Being told by numerous coaches that I needed to “put on size” I took a year off and went on a challenging but rewarding journey. Following a traditional strength training regime and eating 6 meals a day (thanks mum!) I gained 10 kilos. I returned to football stronger than ever, but unfortunately after injuring my shoulder 3 times in a season, I had no choice but to hang up the boots.

My passion for the game will always be there and this is what drove me to become a Personal Trainer and Strength Coach. I want to be able to share the knowledge and experiences I gained with as many young players as possible, and help them become the best rugby league players they can be.

In my spare time I can be found playing in a local Oz Tag Competition, training in the Gym and watching my team, the Parramatta Eels, play the greatest game of all. 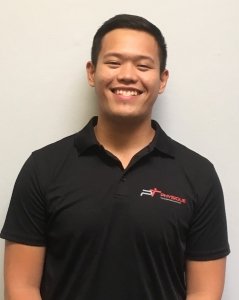 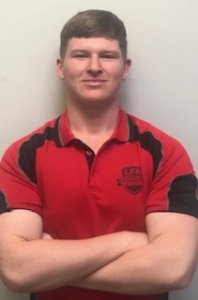 I love health and fitness and want to help people get the results they want.

Right from a young age I’ve always been into sports and fitness. Started playing soccer when I was 5 then soon made the switch to rugby league and haven’t looked back.

I first came into the health and fitness industry through League Fit Academy to strip some excess fat off and gain some strength. Having succeeded in some personal sports goals, I realised the extra weight training from League Fit played a massive role in my development. I then fell in love with the lifestyle of fitness and sport so much that I just had to get qualified to help others in their fitness journey and sports training.

Having played SG Ball for the Balmain Tigers and Sydney Shield for Ryde-Eastwood, I understand what it takes to put the hard work and dedication into training and I hope I can pass that on to our athletes.

I love to have fun and always have a smile on my face no matter the day or time. I also really like to have a chat at the right times, but when it’s time to work we work!

My goal is still very much to play in the NRL as well as to study sport science to gain even more knowledge to help athletes with their goals. 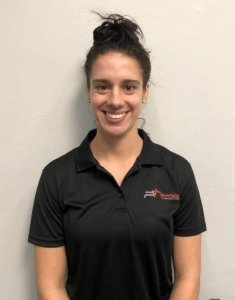 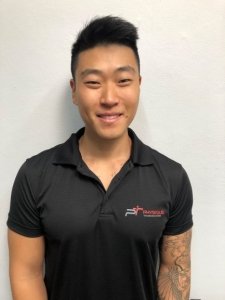 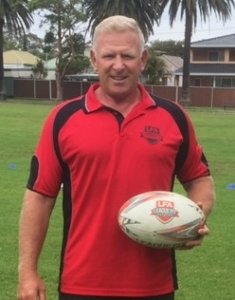 After a break from the game for a period of time. Tony is a skilled coach and technician of the game. He brings a wealth of knowledge and experience to our coaching staff and is well known and highly respected in rugby league circles.
Experience